As you probably know, Disney is coming out with a live-action “Beauty and the Beast” starring Emma Watson and Dan Stevens. It comes out March 17 and if you’re anything like me, you can’t wait to see it!

When I first heard the news, I just knew I’d have to make a dress from it. Then came the many months of waiting for photos to be released – it was quite the agony!

Finally, a few photos were released, and based on those, I decided to make Belle’s Yellow Ballgown…and I wanted to create it before the movie came out.  I didn’t have any idea what it was made of, nor how much detail was involved….. all I knew was that it was gorgeous and I wanted to replicate it! 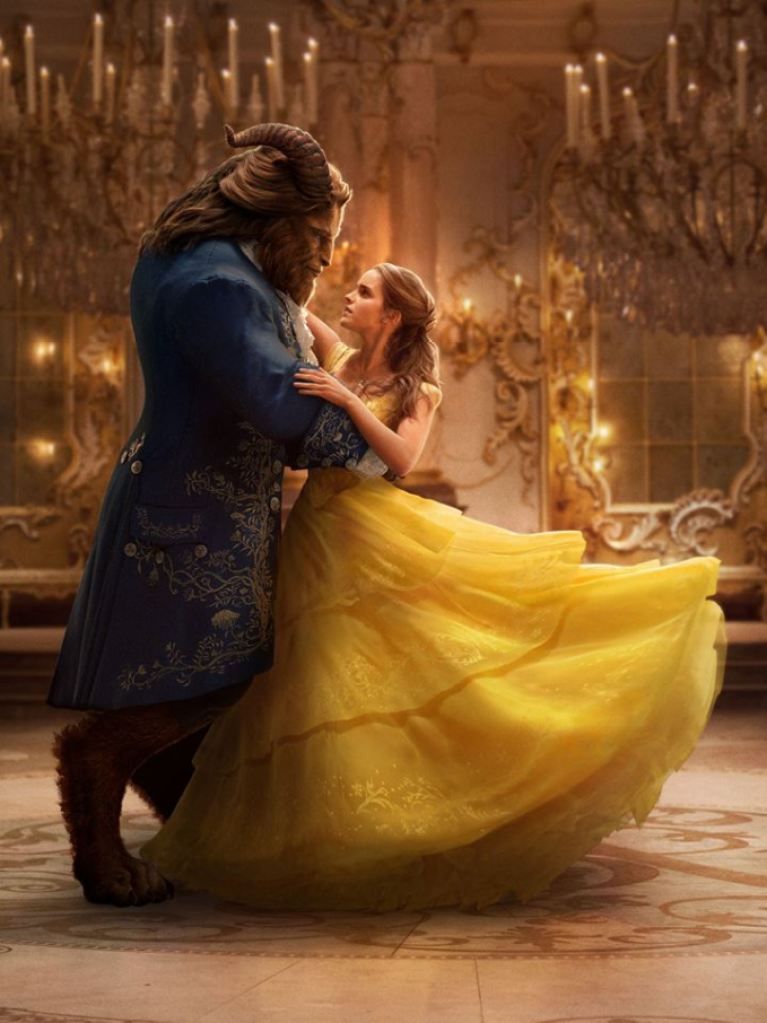 ~ Studying the Details of the Dress ~

After those first tantalizing photos, the hunt was on for every bit of detailed information and photos I could get a hold of!  I eventually found some helpful articles where Emma Watson, who surprisingly had a large part in contributing to the design of the dress (well done, Emma!) and Jacqueline Durran, costume designer, shed some light on the details of the gown.

“They also printed gold leaf and glitter onto the dress for even more sparkle.”

“In the bodice there’s layers of net laid on each other to be like feathers.”

“The layers of yellow satin organza, the gown is airy and perfect for Belle’s active character.”

“It’s still made of silk, but it has a satin finish, so it’s less transparent then other organzas.”

“For Emma, it was important that the dress was light and that it had a lot of movement … she did not want a dress that was corseted or that would impede her in any way.”

“There is a cage under some parts of it, but mainly it’s layers of organza that just give it a lift, for it to have lightness.”

Can you guess my favorite quote?

It’s the one which shares about the fabric being Satin Faced Silk Organza!  I was doubly excited about this because first, it’s NOT a rare, super expensive fabric (like the Cinderella dress was) and second, I’ve worked with silk organza for my Cinderella Dress and Alice Dress so I knew what to expect. Plus, I know of a shop that carries a wide variety of colors at a low price.  Double Yes!

Though some of the quotes raise questions, such as the “layers of net to be like feathers”…(what?!), but at least they give some information on the dress, which is much better than nothing! 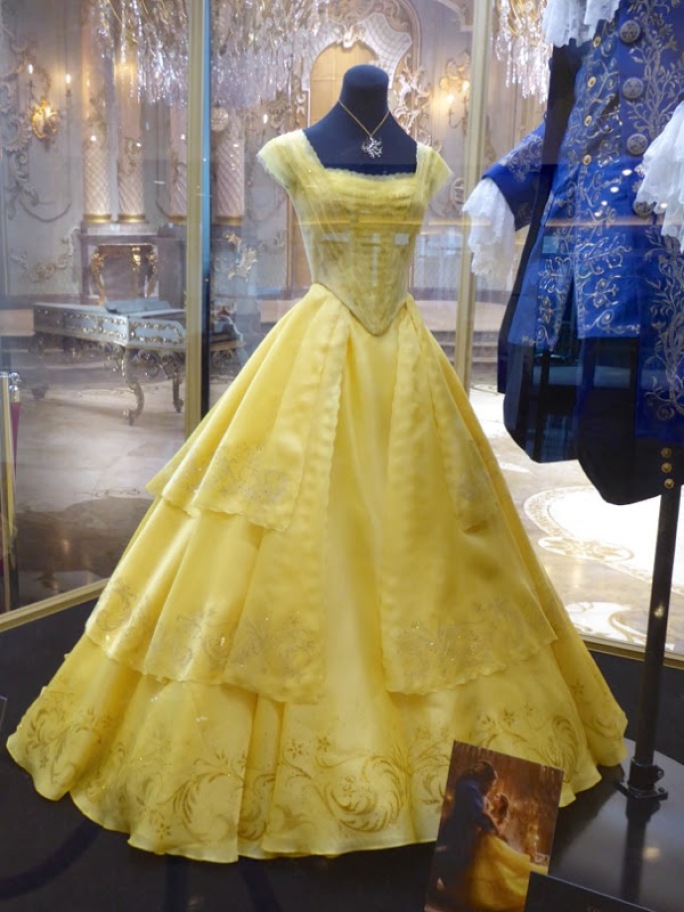 The next great discovery came when photos began pouring in on Instagram of Belle’s Yellow Ballgown on display in L.A.  Yes, please!!

I purchased a new rotary cutter that fits a wave blade just to have the ability to cut this scallop edge.  After some testing, I found that the strips are most likely cut on a bias (this took some scrutinizing of this photo to analyze the fraying of the edges and then comparing them to my test strips…I felt very much like a scientist!)

I’ve been testing the use of gold leaf on fabric for quite a while now and have experienced a few hiccups along the way.  I had to change some of the techniques I thought would work, based on internet research, and have finally concocted the perfect combination of several gold leafing techniques to produce the perfect product!

After making this gown for a second and third time, I’ve perfected this technique and made a tutorial about it!

Concerning the fabric for the dress, I knew what type of fabric to use, but I had to pinpoint the perfect shade of yellow!  This took acquiring several swatches of fabric, and then testing them in different lights against photos of the dress.  This proved very frustrating, as different lighting and various edits were used in the photos producing variations from canary to golden to butter yellow! Which to use?

I’m fairly certain these are Belle’s undergarments; I know it’s not a boned corset (based on a quote), but it’s sort of a corset and is the same design as her work dress.  This will be my first step in the recreation of Belle – making replica undergarments. You can’t put the frosting on before you have the cake! ?

Well, I better get back to my sewing corner!  But I’ll leave you with a few photos of Belle’s other costumes.  You’ll find a few of them on my “future projects board”. 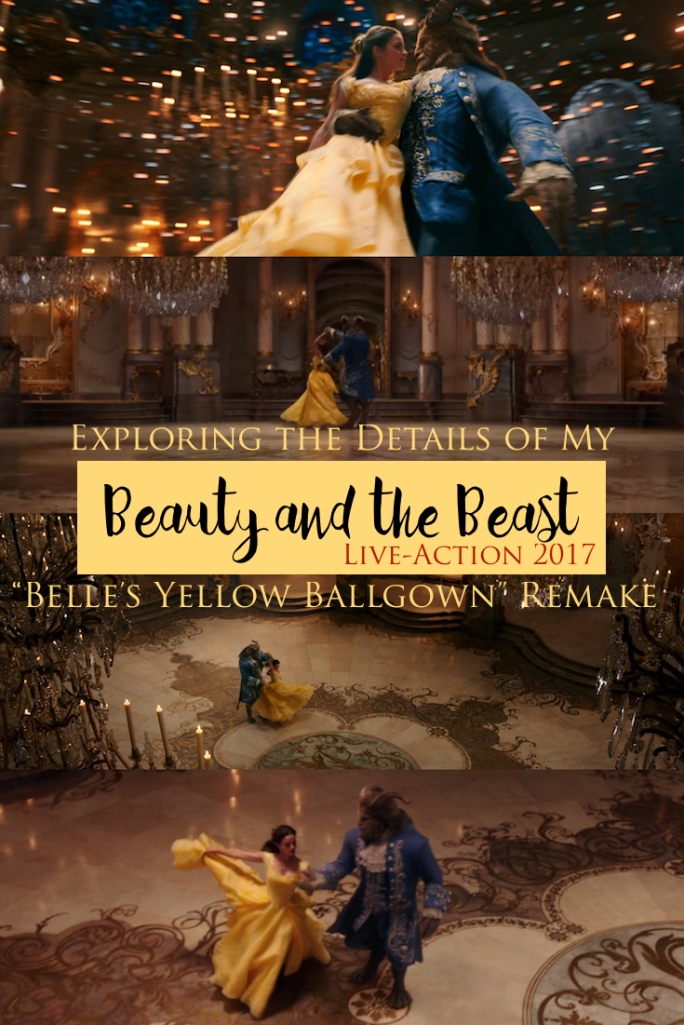 Thanks for looking and learning with me!